Cleveland Amory: “I started out writing about Lady Astor and her horse,”  he often said,  “and became more interested in the horse.” 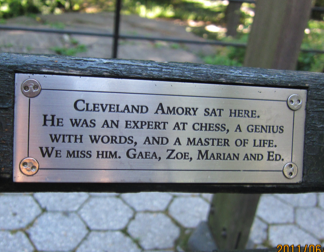 Wayne Pacelle refers to Cleveland Amory as “the founding father of the modern animal protection movement.”

Here is an introduction to the accomplished man and his many accomplishments. Wildlife watchers everywhere are in his debt. His book Man Kind? Our Incredible War on Wildlife, was published in 1974; is out of print, but used copies can be ordered online. It is more than worth the price for a copy that may be yellowing and brittle, but with content as vital and probably more entertaining, than anything available today.
In the video below, Amory blasts the wildlife “management” establishment as we all have done over the years either in the media, or behind the scenes, as we experience year after year frustration, roadblocks, opposition, apathy, myths, outright lies, ignorance from those we once naively thought were interested in protecting, propagating and restoring our native wildlife.
Amory delivered this tirade in 1974. That was 48 years ago. We’ve moved forward a bit here and there. But almost everything Amory says is just as true today. What are we going to do about it? How do we honor his legacy?- By Trish Swain, Editor Nevada Wildlife Watcher

“My book is a thorough and convincing argument that game management as practiced today in the United States of America is a cruel fraud.” Amory believes the country “will survive the privation” if NRA “just goes”. “State laws against cruelty to animals must be applied to wild animals… and they must be upheld by the courts” [I, your humble editor, have expressed this concept for years! But we have yet to see any action upon it. Action by me or anybody else.]
Echoing many of us, Amory goes on to say “State Fish and Game Departments must be reconstituted so that their numbers represent non-hunters.”
“Game management must get out of the game . . . “

The Fund for Animals

The Fund for Animals was founded in 1967 by author and animal advocate Cleveland Amory, and spearheaded significant events in the history of the animal protection movement. Among its historical work, the organization implemented a massive four-year airlift to rescue burros scheduled to be shot by the National Park Service in the Grand Canyon; launched a three-year rescue of burros in Death Valley National Park; rescued 3,000 goats from San Clemente Naval Weapons Facility; and halted some hunting seasons of wolves, bison and bears across the U.S. In 1979, the Fund for Animals purchased land in Texas to build Black Beauty Ranch, now a 1,400-acre sanctuary for nearly 800 animals—40 different species—rescued from cruelty and neglect, including tigers, bears, primates, burros and horses. – HSUS

. . . Inspired by Anna Sewell’s novel Black Beauty, Amory established the Black Beauty Ranch, a 1,460-acre sanctuary that sheltered various abused animals including chimpanzees, burros and elephants. Located in Murchison, Texas, this ranch accommodated over 600 resident animals. Amory’s goal was to “create a sanctuary where its inhabitants would roam unfettered and unbothered by human taskmasters.” The words on the ranch’s gate are taken from the final lines of Sewell’s novel, “I have nothing to fear, / and my story ends. / My troubles are all over, / and I am at home.” The ranch is currently operated by Humane Society of the United States.

“You cannot expect everything even from the friendliest cat. It is still a cat.”

“Cats have enormous patience with the limitations of the human mind. They realize…that we have an infuriating inability to understand, let alone follow, even the simplest and most explicit of directions.”

“Unlike some people who have experienced the loss of an animal, I did not believe, even for a moment, that I would never get another. I did know full well that there were just too many animals out there in need of homes for me to take what I have always regarded as the self-indulgent road of saying the heartbreak of the loss of an animal was too much ever to want to go through with it again. To me, such an admission brought up the far more powerful admission that all the wonderful times you had with your animal were not worth the unhappiness at the end.”

The Compleat Cat includes three books – each volume an international bestseller upon publication. The three are consecutive – the history of Amory’s relationship with adopted stray, Polar Bear. In fact, the books are as much autobiographical as they are a tribute to their relationship. Amory weaves in sidelights from a life few if any of us could hope to match. Amory has drinks with Cary Grant at the Hollywood Polo Lounge; enlists Princess Grace of Monaco, Doris Day, Mary Tyler Moore, and other luminaries as sponsors of his Fund for Animals; buys the first Sea Shepherd for Captain Paul Watson and goes on mission to Canada’s Magdalene Islands to protect baby seals from being clubbed to death by the fur trade. And that’s not all – just a sampling.
In fact, Polar Bear becomes a celebrity with heaps of fan mail, but he “did not like anything about being a celebrity. For one thing, celebrities have to meet a great many new people, and Polar Bear did not like new people. . . He had already met everyone he wanted to meet, and in fact he would have dearly liked to subtract some of these.”

Amory devotes 116 pages of Man Kind? to trapping under the title: “Real People Wear Fake Furs” This provides a wealth of trapping and anti-trapping history. The story is richly detailed, taking us from colonial days to the National Anti-Steel Trap League, to the Friends of the Earth to the Fund for Animals to pushback from groups like The Fur Conservation Institute of America and Fur Age Weekly and so many others.
Many of the stories here are unbearable to read, but Amory did not flinch from the blood-soaked truth. Will it take another 50 years for the world to see an end to the despicable practice of trapping?

“I have read book after book about the early days of the fur industry and hardly one of them mentions anything about the death of the animals, let alone what kind of death.”

In 1978, Amory purchased the first oceangoing vessel for Captain Paul Watson, the founder of the Sea Shepherd Conservation Society.  Watson says: “I needed a ship and there was only one person who I could turn to for help. That was Cleveland Amory, the founder of the Fund for Animals. I approached Cleveland with an idea and he said, “Go and get your ship” and handed me $120,000 in cash.

“With that money, I located an old British trawler in October 1978 named the Westella and renamed her “Sea Shepherd.”

Without Cleveland, I could not have done it. He was my friend and mentor until his death in 1998.”

“Cleveland Amory meanwhile became one of the most subversive elements ever to mock the status quo from a social position securely inside the establishment.” – Merritt Clifton

All books are nonfiction, unless noted otherwise.