Dr. Karen Layne reviews her experience as Wildlife Commissioner: “The values of the board immediately were clearly in conflict with my values.” 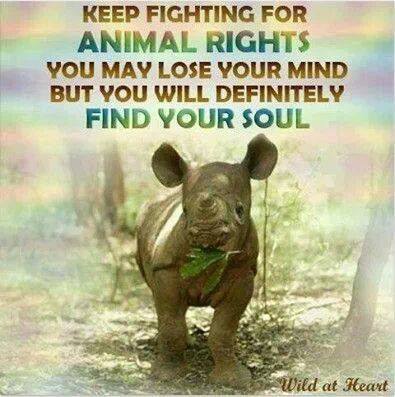 From 2005 until December 2018, Dr. Karen Layne served as President of the Las Vegas Valley Humane Society. In addition to her role helping animals with LVVHS, Karen also served on the Nevada Board of Wildlife Commissioners, a statewide office appointed by the Governor, from 2012 to 2015, and as chair of the Clark County Animal Advisory Committee from 2010 until 2014.

I attended my first Board of Wildlife Commissioners’ meeting in 2011, based on an article in the local paper. The agenda included a proposal to change the status of the mountain lion as well as add a bear hunt. As a public hearing, it was unimpressive with an unusual all white male board, given the diversity of Southern Nevada. The values of the board immediately were clearly in conflict with my values.

My life then was frenetic. While I had retired from public service in 2005, my full time job was serving as volunteer president of the Las Vegas Valley Humane Society (LVVHS), along with also serving as president of the Edna Rose Crane Educational Foundation and as chair of the Clark County Animal Advisory Committee. There was a small group of people in the community that had formed a coalition to attempt to reduce the ever present cat and dog overpopulation in Southern Nevada and I was a part of that coalition. The 2008 recession had left the LVVHS in terrible financial shape and economic recovery still looked far in the future. I personally was overloaded with animals which had been returned from people losing their homes; board members came and went.

You can imagine my surprise when I was asked in mid-2012 to serve on the Wildlife Commission as the public member from Clark County. My first response was ‘No.”  Later in the year, worn down from all the other issues in my life and wanting to make a difference, I agreed to submit an application to the Governor’s Office. I was a Democrat with a big “D.” The Governor was Republican, but I was appointed.

Assurances were given the job wouldn’t take up that much time. Unfortunately, two pieces of legislation greatly impacted my time and were to shape my feelings of the Commission. The first legislation was SB213– passed in the 2013 Legislature. SB213 mandated the Nevada Board of Wildlife Commissioners develop and implement regulations that consider the visitation of traps near populated or heavily used areas. The Trapping Regulation Committee took on this task; three other Commission members from the Sportsman and Conservation side along with me made up that committee. The uproar by trappers over my presence on the Committee created such a problem that a public member—a prolific bob cat trapper—was added to the committee “for fairness.” In retrospect, the addition of this trapper strengthened my thinking that it was a big mistake to join the Commission.

The committee conducted seven meetings which often started on Thursday or the committee might continue after the end of the Commission meetings on Saturday. Needless to say, the time and effort involved on the Committee and the Commission considerably expanded; I found myself away from home more often and for longer periods than originally anticipated. The research time was substantial. There was no time for anything else. The meetings would go on for hours listening to public testimony and debating the issues—the values of the trappers were alien to my values. My age and a bad back made things physically worse. Poor seating and accommodations didn’t help. At one point, I could barely stand at the end of the day. In the end, the trappers got what they wanted—minimal changes regardless of what the general public had to say. It was clear the Commission was all about the trappers and their needs, even though hunters indicated they were not thrilled with current trap visitation times. I might as well have not have been there.  I was only there as a “token,” representing the general public so the Commission could say “it listened.” What a waste!

The final straw was AB78, the second piece of legislation, as well as the Policy 23 revisions which were all a part of the lethal control of predators. The Commission always talked about governing by science, but the best example of the way the Commission governed was in a Wildlife Damage Management Committee meeting. At this meeting, as with all these meetings, the Committee was discussing the Predator Control Plan for the year which included both lethal and non-lethal means of controlling predators.

The question as it seemed to me: were we doing some sort of research on a lethal tool, i.e. trapping, or were we going to conduct preliminary evaluation to understand predator populations before we implement lethal removal. The common denominator amongst the vast majority of the projects that I went over, indicated that we had a very good handle on the prey populations, but we had little to no understanding of the predator populations. So, I can’t go back and make any inference on what did or did not happen to those predator populations. (Thursday, March 19, 2015 Meeting of the Wildlife Damage Management Committee)

In other words,  the programs will tell you how many lions, coyotes, bears, etc. were killed, but not what that meant to the population of those predators. If a program wanted to insert some desert big horns into an area with lions, the program would kill all the lions in the area so they wouldn’t eat the desert big horns.  Forget the issue of habitat or habitat loss which is the biggest issue in wildlife management.

The Predator Plan was all about killing the predators that hunt game animals.  The $3 fee for each tag for a game animal was used to fund the program. During this time there was much discussion about this fee and making sure that the greatest amount of money went for lethal predator control. The minutes of these meetings are available on the NDOW site. It is worthwhile reading these minutes because they best provide documentation as to the nightmare that the Commission is inflicting on predator animals in Nevada without considering what the end result of these lethal programs are to these populations. Certain commissioners who came on the committee became even more rabid about the percentage of fees and the amount of money going to these programs—demanding all of the money taken in be allocated and allocated to lethal programs. These demands culminated in AB78, which was passed in the 2015 legislative session where there was a Republican majority (although this bill only passed by one vote in the Senate). It required that 80 percent of the $3 tag monies be spent for lethal predator control even if these kill-the-predator programs had shown that killing predators did little if anything to increase herds of game animals, especially deer. My last meeting on this Committee was on September 24, 2015 in which the 80 percent requirement was discussed. It was time for me to leave.

I served with some good people on the Commission, but we haven’t stayed in touch. I learned more about the state and got to visit some beautiful parts of it.  I met a lot of people who shared my values and fought against some of these programs, and are still fighting against these programs. We have stayed in touch. I attended a couple of meetings after I left, but haven’t been back for a long time although I watched parts of meetings online. The pandemic has been good for the Commission as it has been able to hide more from the public and involve those who don’t agree with them less. Yet, the wildfires, the unwillingness of the Commission to deal with Wildlife Killing Contests, or the use of hounds for bear hunts, the unwillingness to deal with loss of habitat issues, both at the local and Commission level, will eventually catch up with the State. It may require getting rid of the Commission or at least the $3 tag fee, or dramatically changing the composition of the Commission—adding a couple of people will not resolve the problems. There are bigger problems for wildlife out there that the Commission appears blind to—loss of habitat from wildfires, the increasing drought and water loss for wildlife, the desire to continue to add more big horn sheep without the understanding that poor habitat and overcrowding will cause bigger issues than predators, the use of technology in weaponry and locating animals, and possible changes in funding formulas.

As one gets older, there is a recognition that there is only so much time left; every minute is precious. Many of those minutes and hours were wasted on the Commission when I could have made more of a difference on the issue of pet overpopulation if I had devoted that time to that issue. I try not to waste any more time dealing with the Commission, although I will write that email or letter on the same issues that people of similar values have been fighting for so long. As they say, “Hope springs eternal.”