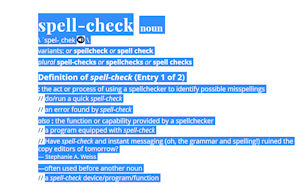 I’ve looked forward to this space to share with you everything that bothers me. There’s plenty. For starters, I remember when words had specific spellings. I even won first prize, which was a pretzel, in a spelling bee – and that was in high school. And it was a good pretzel.

Now in the age of Spellcheck, anything goes. I taught basic English at Truckee Meadows Community College for several years in the late 70’s, and for one semester at University of Nevada, Reno. Even then, before Spellcheck, there was a dramatic contrast between students older than, say, 35, who knew how to spell and could write reasonable sentences, and students fresh from high school. The latter played games about attendance, and were just guessing about writing or spelling. It’s worse these days. I turn Spellcheck off whenever I can because I don’t like squiggly red lines intruding themselves into my work, but evidently most people rely on it. Homophones cause the most trouble, i.e. “grate” for “great”. Soon I will bring you some recent local assaults on the English language, but first, a historical piece from my semester at UNR:

THE TWELVE WEEKS OF MAKE-UP (to the tune of Twelve Weeks of Christmas)
On the twelfth week of make-up work my student brought to me:
One “his practice of philology made him an outcast from his religious circle”,
One “the vicarious king never helped anybody”,
One “Douglas’ work has gone through a transgression because of his wife”,
One “Lillian enervated her living room”,
One “Jeff took a class in autonomy so he could be a mechanic”,
One “The dentist used florid to rinse out his teeth”,
One “He’s got a lot of nostalgia, walking in here like he owns the place”,
One “Your vindictiveness is your best trait, you sly dog you!”,
One “Revelry is what the Army wakes up to in the morning”,
One “The boy was becoming a nuance to us all”,
And a final exam graded with a “D”.