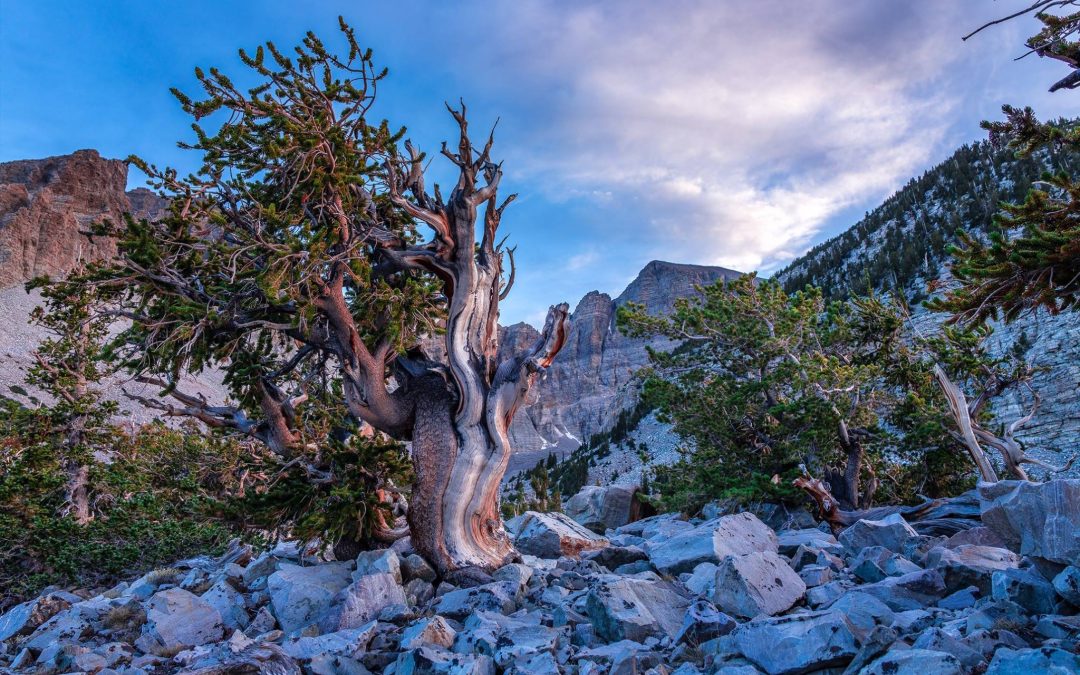 I had just two encounters with him and, of course, at this time when he has just passed, they come vividly to memory.

He promptly responded to a letter I sent him in September, 1992, complaining about Nevada’s Open Range laws which make it possible for ranchers to infringe upon private property and graze their cattle wherever they want. A lesser politician might have shot back a form letter. But Senator Reid openly shared observations on the situation and clearly saw the dilemma: while acknowledging ranchers’ need to survive and pay grazing fees, he also saw the need for reform in the light of: “. . . changes in population and expansion of populated areas. . . ” He stood ready to help and contact the BLM on my behalf. He said he sought a way to “. . . reform the grazing system without destroying the industry”. Today from the perspective of more experience, I can appreciate how frank, open and accessible he was.

My other interaction with him was a local meet and greet at which I buttonholed him and pressed upon him our TrailSafe brochures about reforming or banning commercial and/or recreational trapping on our public lands. He instantly grasped the point and said, in effect, the trappers have to get out of the 19th century mentality.

Here’s a quote from his letter to me:

“I am very concerned about the environment, as attested to by my work with the Nevada Wilderness bill, the creation of the Great Basin National Park, the Red Rock Canyon National Conservation area in southern Nevada, numerous land acquisition projects that protect sensitive areas, and my support for grazing reform.”

“Along the way, Reid’s public lands agenda helped take Nevada from 67,000 acres of wilderness to more than 4 million acres of new parks and open spaces when he left office.

“One of Reid’s first acts was establishing the Great Basin National Park — the state’s first national park — and securing other new wilderness areas in Nevada, including restoring the clarity of Lake Tahoe.”

And. . . quoting Shaaron Netherton, Executive Director of Friends of Nevada Wilderness, on behalf of the Friends Board of Directors and Staff:

Senator Harry Reid led the way for environmental protection in Nevada. He intuitively understood our love of wildlife and wild spaces; let his spirit guide and protect our efforts. 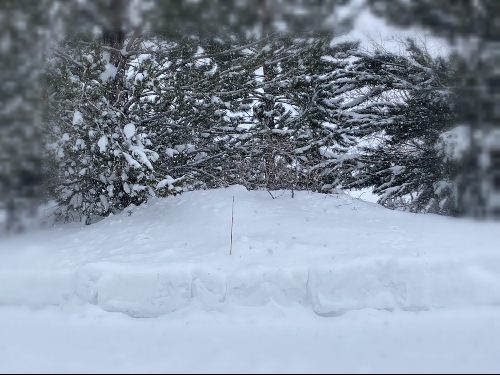 A classic time to watch the comings and goings of wildlife

Caron Tayloe is a lifelong Washoe County resident who has been a wildlife watcher since childhood. Here she inspires us to make the most of this magical season.

Hello, Nevada Wildlife Watchers! Happy New Year to all and thank you for all you have done for wildlife in the past year. Here is to the next year of continuing old battles and the beginnings new battles at local and State levels.

One way we can get ready for these upcoming (and current) battles is by getting out to appreciate nature no matter what the weather. Sometimes being reminded what you are fighting for is quite the motivator. Wherever you are this Nevada winter it is a classic time to watch the comings and goings of wildlife. In the North many species of birds have migrated south or west but several species stay every year and show up at backyard bird feeders and roam the forests and valley landscapes for food. In addition, birds that spend summers at higher elevations have come down to the valleys for a little less weather drama. There are bird watching outings with several conservation groups and you may have to strap on those snowshoes! Deer and coyotes are prevalent in neighborhoods bordering public lands.

Getting out of the towns makes watching for the tracks of mountain lions, bobcats, elk, and antelope a fun pastime. If you are lucky you may actually see one of those glorious beings.

In the Southern part of our State there are even more opportunities for wildlife watching through conservation group participation and through the outdoor opportunities available due to a milder winter. Many species of birds stay local and some come in from the North to spend their winters in Clark, Lincoln, and the southern part of Nye counties. In Las Vegas you do not have to go very far to see all kinds of wildlife since some come from afar to settle in at the parks. If you want an amazing experience check out the Clark County Wetlands Park. What an inspiration and an opportunity to refresh yourself in nature close to home.

We wildlife watchers distinguish ourselves from the wildlife killers because we know wildlife should come first and, for us, it does. We are ethical participants, being careful not to disturb the order of things when we are out and about. Unfortunately, when it comes to making wildlife watching easier and safer, Nevada is very far behind other states, so wildlife watchers must take care when out on public lands. Trapping of some furbearer mammals exists year ‘round but trapping is especially prevalent this time of the year since furbearer coats are thicker, and the State allows for other species like bobcats to be trapped. What to do if you come across a trap, or worse, an animal in a trap, is a subject for another article. In the meantime; be aware of your surroundings and the limitations of your vehicle, wear layers, and bring water.

Told by child’s grandmother who was busy at work and could not take the time to tell all the details. Watch this space as effort will be made to contact her at a more convenient time.

Approximately 2011, my grandson stepped into a leghold trap while hiking with his family. Fortunately his father was able to remove the trap. The child was not injured thanks to his high top boots. This was in the Winnemucca Ranch Road area. 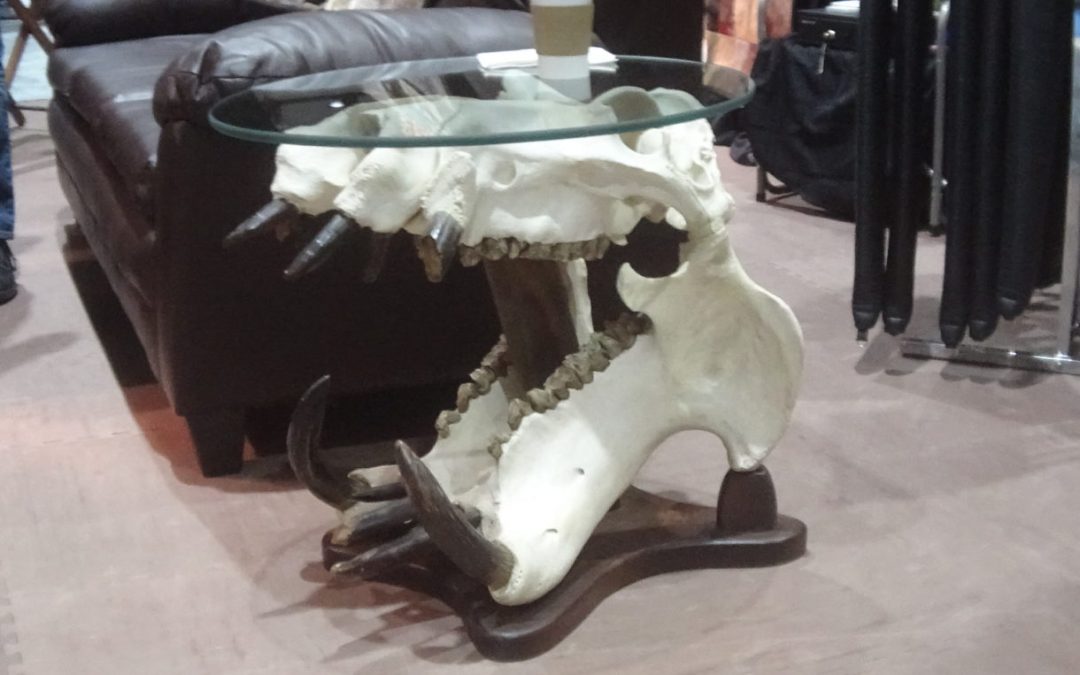 Who is enforcing our wildlife anti-trafficking laws?

Annoula Wylderich has been an animal advocate since 2008, campaigning for ALL animals. She is the founder of the Vegas-based grassroots organization, Animal Protection Affiliates. She has been Senior District Leader for HSUS, State Director for Animal Wellness Action, and board member of the NSPCA. She has been recognized for her advocacy by both the HSUS and PETA.

In January 2022, Safari Club International will be holding their annual convention in Las Vegas. During their last two events, it was observed that there were violations of anti-trafficking laws, which are both a state and federal offense. Yet, no one has been held accountable thus far.  When these offenses were brought to the attention of various agencies, it seems no one was quite sure who should be doing the enforcing.

Perhaps it would be prudent for all levels of law enforcement, including U.S. Fish and Wildlife, the Nevada Department of Wildlife, the FBI, and local police departments to communicate with one another and collaborate to ensure that violations of this nature don’t continue and that those who do break the law are duly charged.  Laws are good deterrents, but useless if they aren’t enforced.

With so much of our iconic wildlife at risk due to habitat loss, poaching, canned hunting, trophy hunting, climate change, and illegal trade, it’s inherent upon us to do what we can to protect it for future generations to appreciate. Furthermore, there is an ecological balance that all species contribute towards. Upsetting that balance eventually impacts humans, as well.