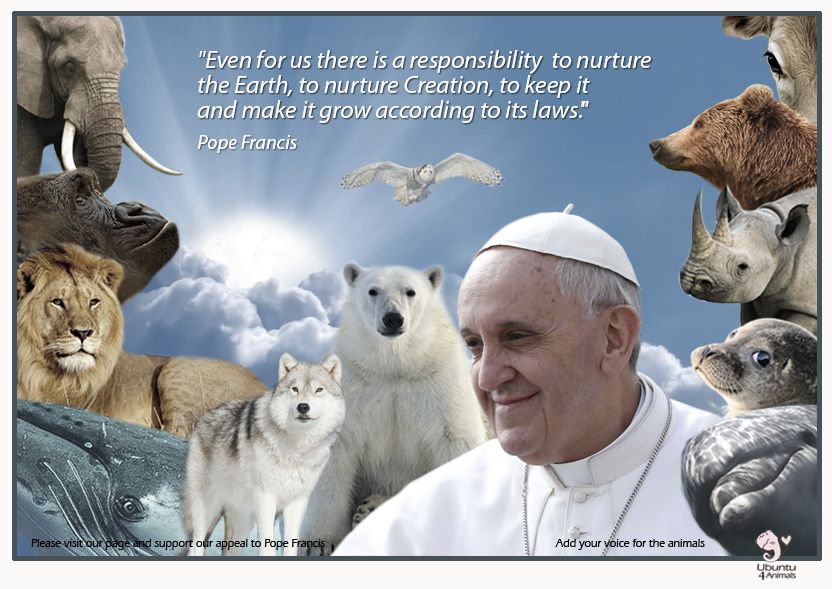 I am not Catholic, but I say you don’t have to be Catholic to love this Pope. He gives us an elegant, eloquent document that goes beyond mere”humane” or “ethical” or “right” to the universal in the widest sense. Every line is quotable. Please read and be inspired anew.

He is the first pope to have taken the name of St Francis of Assisi, patron saint of animals, who was always said that he would call creatures, no matter how small, by the name of brother or sister.

Benedict urged us to realize that creation is harmed “where we ourselves have the final word, where everything is simply our property and we use it for ourselves alone. The misuse of creation begins when we no longer recognize any higher instance than ourselves, when we see nothing else but ourselves”.

(ON THE WRITINGS OF ST. FRANCIS OF ASSISI) If we approach nature and the environment without this openness to awe and wonder, if we no longer speak the language of fraternity and beauty in our relationship with the world, our attitude will be that of masters, consumers, ruthless exploiters, unable to set limits on their immediate needs. By contrast, if we feel intimately united with all that exists, then sobriety and care will well up spontaneously. The poverty and austerity of Saint Francis were no mere veneer of asceticism, but something much more radical: a refusal to turn reality into an object simply to be used and controlled.

FUTHER QUOTING FRANCIS OF ASSISI “Through the greatness and the beauty of creatures one comes to know by analogy their maker” (Wis 13:5); indeed, “his eternal power and divinity have been made known through his works since the creation of the world”

Rather than a problem to be solved, the world is a joyful mystery to be contemplated with gladness and praise.

Regrettably, many efforts to seek concrete solutions to the environmental crisis have proved ineffective, not only because of powerful opposition but also because of a more general lack of interest.

As examples, I will point to the intimate relationship between the poor and the fragility of the planet, the conviction that everything in the world is connected, the critique of new paradigms and forms of power derived from technology, the call to seek other ways of understanding the economy and progress, the value proper to each creature, the human meaning of ecology, the need for forthright and honest debate, the serious responsibility of international and local policy, the throwaway culture and the proposal of a new lifestyle. These questions will not be dealt with once and for all, but reframed and enriched again and again.

“If we scan the regions of our planet, we immediately see that humanity has disappointed God’s expectations”.

The harmony between the Creator, humanity and creation as a whole was disrupted by our presuming to take the place of God and refusing to acknowledge our creaturely limitations. This in turn distorted our mandate to “have dominion” over the earth (cf. Gen 1:28), to “till it and keep it” (Gen 2:15). As a result, the originally harmonious relationship between human beings and nature became conflictual (cf. Gen 3:17-19). It is significant that the harmony which Saint Francis of Assisi experienced with all creatures was seen as a healing of that rupture. Saint Bonaventure held that, through universal reconciliation with every creature, Saint Francis in some way returned to the state of original innocence. This is a far cry from our situation today, where sin is manifest in all its destructive power in wars, the various forms of violence and abuse, the abandonment of the most vulnerable, and attacks on nature.

We are not God. The earth was here before us and it has been given to us. This allows us to respond to the charge that Judaeo-Christian thinking, on the basis of the Genesis account which grants man “dominion” over the earth (cf. Gen 1:28), has encouraged the unbridled exploitation of nature by painting him as domineering and destructive by nature. This is not a correct interpretation of the Bible as understood by the Church. Although it is true that we Christians have at times incorrectly interpreted the Scriptures, nowadays we must forcefully reject the notion that our being created in God’s image and given dominion over the earth justifies absolute domination over other creatures. The biblical texts are to be read in their context, with an appropriate hermeneutic, recognizing that they tell us to “till and keep” the garden of the world (cf. Gen 2:15). “Tilling” refers to cultivating, ploughing or working, while “keeping” means caring, protecting, overseeing and preserving. This implies a relationship of mutual responsibility between human beings and nature. Each community can take from the bounty of the earth whatever it needs for subsistence, but it also has the duty to protect the earth and to ensure its fruitfulness for coming generations. “The earth is the Lord’s” (Ps 24:1); to him belongs “the earth with all that is within it” (Dt 10:14). Thus God rejects every claim to absolute ownership: “The land shall not be sold in perpetuity, for the land is mine; for you are strangers and sojourners with me” (Lev 25:23).

“You shall not see your brother’s donkey or his ox fallen down by the way and withhold your help… If you chance to come upon a bird’s nest in any tree or on the ground, with young ones or eggs and the mother sitting upon the young or upon the eggs; you shall not take the mother with the young” (Dt 22:4, 6). Along these same lines, rest on the seventh day is meant not only for human beings, but also so “that your ox and your donkey may have rest” (Ex 23:12). Clearly, the Bible has no place for a tyrannical anthropocentrism unconcerned for other creatures.

IV. THE MESSAGE OF EACH CREATURE IN THE HARMONY OF CREATION

The sun and the moon, the cedar and the little flower, the eagle and the sparrow: the spectacle of their countless diversities and inequalities tells us that no creature is self-sufficient. Creatures exist only in dependence on each other, to complete each other, in the service of each other”.[63]

A sense of deep communion with the rest of nature cannot be real if our hearts lack tenderness, compassion and concern for our fellow human beings. It is clearly inconsistent to combat trafficking in endangered species while remaining completely indifferent to human trafficking, unconcerned about the poor, or undertaking to destroy another human being deemed unwanted. This compromises the very meaning of our struggle for the sake of the environment. It is no coincidence that, in the canticle in which Saint Francis praises God for his creatures, he goes on to say: “Praised be you my Lord, through those who give pardon for your love”. Everything is connected. Concern for the environment thus needs to be joined to a sincere love for our fellow human beings and an unwavering commitment to resolving the problems of society.

92. Moreover, when our hearts are authentically open to universal communion, this sense of fraternity excludes nothing and no one. It follows that our indifference or cruelty towards fellow creatures of this world sooner or later affects the treatment we mete out to other human beings. We have only one heart, and the same wretchedness which leads us to mistreat an animal will not be long in showing itself in our relationships with other people. Every act of cruelty towards any creature is “contrary to human dignity”.[69] We can hardly consider ourselves to be fully loving if we disregard any aspect of reality: “Peace, justice and the preservation of creation are three absolutely interconnected themes, which cannot be separated and treated individually without once again falling into reductionism”.[70] Everything is related, and we human beings are united as brothers and sisters on a wonderful pilgrimage, woven together by the love God has for each of his creatures and which also unites us in fond affection with brother sun, sister moon, brother river and mother earth.

III. THE CRISIS AND EFFECTS OF MODERN ANTHROPOCENTRISM

An inadequate presentation of Christian anthropology gave rise to a wrong understanding of the relationship between human beings and the world. Often, what was handed on was a Promethean vision of mastery over the world, which gave the impression that the protection of nature was something that only the faint-hearted cared about. Instead, our “dominion” over the universe should be understood more properly in the sense of responsible stewardship.[94]

In the absence of objective truths or sound principles other than the satisfaction of our own desires and immediate needs, what limits can be placed on human trafficking, organized crime, the drug trade, commerce in blood diamonds and the fur of endangered species? Is it not the same relativistic logic which justifies buying the organs of the poor for resale or use in experimentation, or eliminating children because they are not what their parents wanted? This same “use and throw away” logic generates so much waste, because of the disordered desire to consume more than what is really necessary. We should not think that political efforts or the force of law will be sufficient to prevent actions which affect the environment because, when the culture itself is corrupt and objective truth and universally valid principles are no longer upheld, then laws can only be seen as arbitrary impositions or obstacles to be avoided.

The monks sought the desert, convinced that it was the best place for encountering the presence of God

When we speak of the “environment”, what we really mean is a relationship existing between nature and the society which lives in it. Nature cannot be regarded as something separate from ourselves or as a mere setting in which we live. We are part of nature, included in it and thus in constant interaction with it

There is an interrelation between ecosystems and between the various spheres of social interaction, demonstrating yet again that “the whole is greater than the part”.

We have only one heart, and the same wretchedness which leads us to mistreat an animal will not be long in showing itself in our relationships with other people. Every act of cruelty towards any creature is ‘contrary to human dignity’.” In the Encyclical by Pope Francis 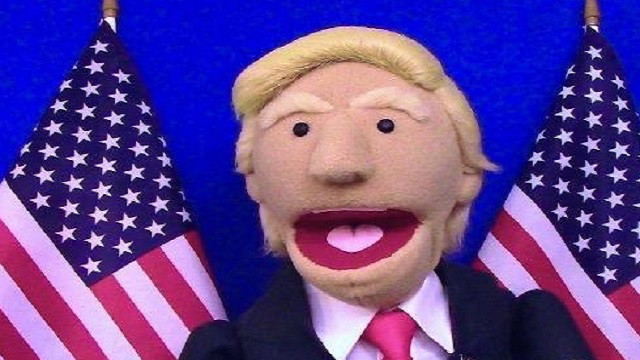 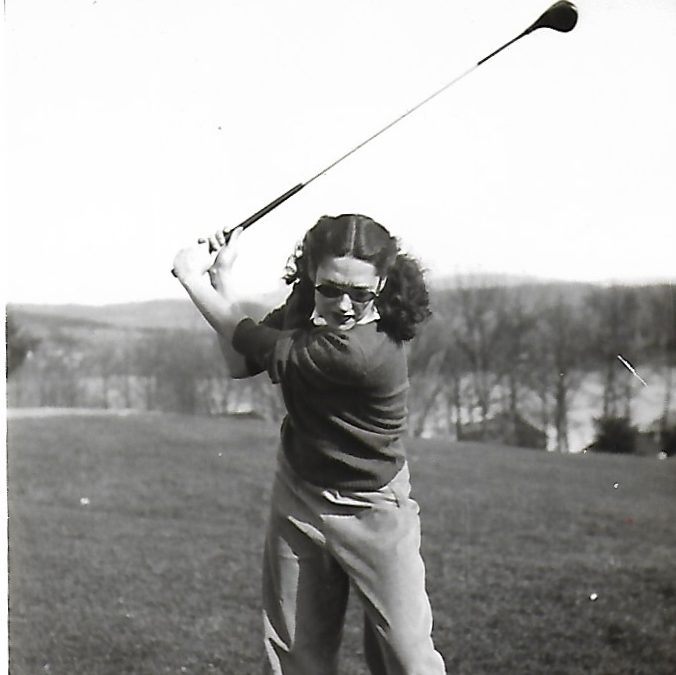 This warm, direct, generous, caring soul was with us for 90 years. She played golf up until near the end and passed peacefully at home after an evening out for Chinese food with relatives. We had a small memorial for her in her New York apartment overlooking the East River. I was so overcome at seeing people from the past – all precious and not seen for so many years – and still not really grappling with the fact that she was gone – that my attempt at eulogy was a non-starter.

Now at least I can begin to make up for the stammering and tears of that occasion and tell her story through photos and music, which is a far less challenging way to tell a story that needs to be told. There was no way to tell her story without including my uncle, Howard Kahn, so this becomes their story.

This post can also serve as tribute and I hope to add to it with words . 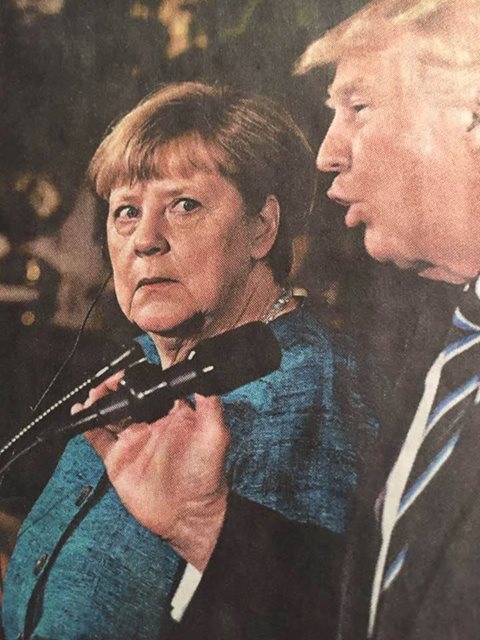 Another Blow at the Empire

There’s more where this came from!