Wildlife Commission Out of Touch with The Public 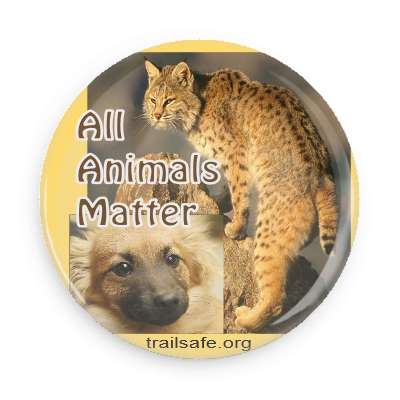 THE PROBLEM: LACK OF DIVERSITY ON 9-MEMBER, GOVERNOR-APPOINTED NEVADA BOARD OF WILDLIFE COMMISSIONERS (NBWC):

There is an over-representation of hunter/trapper/ agriculture on the NBWC and an under-representation of the general population/conservation/ scientific (without hunting licenses). The goal should be to shift from operating under a framework focused only on a narrow set of wildlife interests (hunters) to a social-ecological approach that embraces the interests and participation of a broader public, a true democratization of the NBWC.

Licensed hunters, trappers and anglers comprise less than 5% of the state’s population, yet constitute more than half of the NBWC. Five members must have purchased wildlife-killing licenses in 3 of the 4 preceding years.

While one farmer and one rancher are required to be on the board, they presently encompass less than 1% of the state’s population and are often also hunters/trappers, bringing that demographic representation on the NBWC to 77%.

There is only one member who represents the general public, despite the fact that 95% of the state’s residents are non-consumptive users and wildlife watchers; also, one member representing conservation interests.  See NRS 501.171 below.

With the state population at approximately 3 million, fully 2/3 of that population resides in Clark County; NRS limits commissioners from counties with populations over 700,000 to 3 members. Only 3 out of 9 members from Clark County?

HISTORY: When the original commissions were created for their states, they were primarily made up of game wardens (See “The Hiring, Firing, and Distribution of Western State Game & Fish Commission Members” August 2019, Mountain Pursuit); now commissions must tackle many other issues besides hunting.

There are presently only 2 women on the NBWC. There are no African-American, Latino, Asian-American or Native-American members.

REVENUE COMING INTO THE STATE

While many believe that hunters/trappers/anglers fund the entire Nevada Department of Wildlife (NDOW) budget through license fees and public taxes (Pittman-Robertson Act of 1937 and Dingel-Johnson Act of 1950);  Pittman-Robertson funds derive from 11% excise tax on arms and ammunition and Dingel-Johnson funds come from 10% excise tax on fishing and boating equipment.  Hunting groups claim that because they say they spend more than non-consumptive users, only they should have a say in wildlife management decisions.  According to USFWS survey numbers, this claim is simply not true with wildlife watchers outspending hunters 3 to 1.  Also, with approximately 100 million gun owners in the U.S. and only approximately 11 million hunters, it is clear that it is the public who funds NDOW through Pittman-Robertson public taxes by purchasing guns and ammunition.

1.  A county advisory board to manage wildlife shall submit written nominations for appointments to the Commission upon the request of the Governor and may submit nominations at any other time.

(a) One member who is actively engaged in and possesses experience and expertise in advocating issues relating to conservation;

(b) One member who is actively engaged in farming;

(c) One member who is actively engaged in ranching;

(d) One member who represents the interests of the general public; and

(e) Five members who during at least 3 of the 4 years immediately preceding their appointment held a resident license to fish or hunt, or both, in Nevada.

3.  The Governor shall not appoint to the Commission any person who has been convicted of:

(d) Two or more violations of the provisions of chapters 501 to 504, inclusive, of NRS,

Ê during the previous 10 years.

5.  The Commission shall annually select a Chair and a Vice Chair from among its members. A person shall not serve more than two consecutive terms as Chair.

1.  Wildlife in this State not domesticated and in its natural habitat is part of the natural resources belonging to the people of the State of Nevada.

2.  The preservation, protection, management and restoration of wildlife within the State contribute immeasurably to the aesthetic, recreational and economic aspects of these natural resources.

Nevada has the opportunity to create a more diverse NBWC, reflecting the population and concerns of ALL Nevadans, encompassing participatory, transparent, and democratic administration, incorporating diverse perspectives, adapting to environmental and social change.

Increase the number of members from the non-consumptive public (those who do not hold hunting licenses).

Increase diversity of members from gender and racial/ethnic groups.

Decrease the number of hunters/trappers on the NBWC.  Holding a hunter/trapper/ angler license for 3 of the 4 previous years should not be prescriptive, no pay to play.

Decrease the number from agriculture backgrounds.  Nevada is no longer rural-centric.

In recognition of global warming, loss of habitat and declines in biodiversity, increase the number of members with conservation/scientific expertise.

In recognition of the higher revenue brought into the state by wildlife watchers, a seat should be given to a non-profit organization representing this demographic.

Because the general public far outspends hunter/trapper/anglers for the NDOW budget, more seats should be assigned to them on the NBWC.

Now that Nevada has an Office of Ecotourism, include a member from that office.

— General public (5) (at least one with conservation background, one with scientific  background, all with enthusiasm for wildlife’s best interests)